Deprecated: Methods with the same name as their class will not be constructors in a future version of PHP; AdPublisher has a deprecated constructor in /home/bedfordc/public_html/application/libraries/adpublisher.php on line 8
 Blind Man's Song
This website user cookies to improve service and provide tailored ads.By using this site, you agree to this use.See our Cookie Policy
Login
Register as Individual
Register as Business 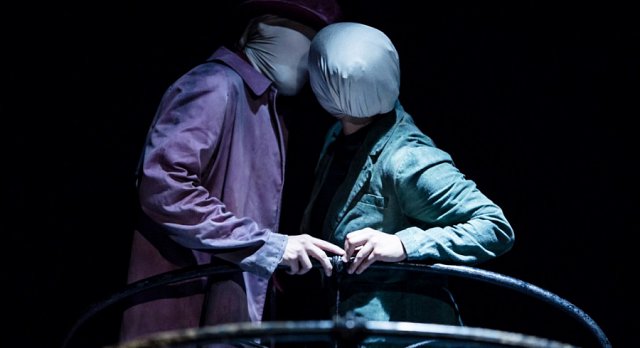 After a sell-out run at the London International Mime Festival 2015, Theatre Re presents a wordless tale about the power of imagination that blends together physical theatre, mime, sounds, illusions and a beautifully lyrical live musical score.

While a blind man walks around his room with unsteady steps a story of love, hope, courage and unquenchable vision unfolds.

Blind Man’s Song is a tale about one man’s rage against his world of darkness. Inspired by the paintings of René Magritte, the dead-end word of Samuel Beckett and interviews with blind and visually impaired people, it witnesses the power of the body to communicate without words.

Funded by National Lottery through Arts Council England Supported by Haringey Council, The French Institute in London and Vocal-Eyes Produced in association with the Greenwich Theatre and South Hill Park Arts Centre