Deprecated: Methods with the same name as their class will not be constructors in a future version of PHP; AdPublisher has a deprecated constructor in /home/bedfordc/public_html/application/libraries/adpublisher.php on line 8
 The Funny Thing About...
This website user cookies to improve service and provide tailored ads.By using this site, you agree to this use.See our Cookie Policy
Login
Register as Individual
Register as Business

The Funny Thing About... 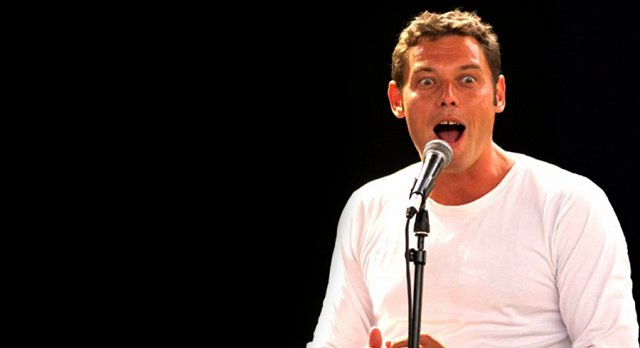 Hold on to your socks, take the banana out of your ears and enjoy the best comedy for kids from the man who invented it.

James Campbell also writes the hilarious Boyface books; has appeared on TV programmes such as Blue Peter and has performed at the Royal Festival Hall, The Royal Albert Hall, on Broadway and the West End and even a tiny tent on the back of a hamster.

James’ show will find The Funny Things about everything including pets, couscous, spaniels, making your own yoghurt, bees, why we have hair and will answer questions such as:

Do Sausage Dogs eat sausages or do they just look at them and say, “I’m not eating that – it looks like my grannie.”

This show might include stories of lollipop ladies, giant catapults, and some of the worst drawings in the world including this terrible picture of a Labrador that looks more like Darth Vader.

“James Campbell pioneered the idea of stand-up for children, and it is still genuinely impressive to watch him hold the attention of a theatre full of six- to 11-year-olds for an hour with nothing but a microphone.” THEGUARDIAN

“He belongs on stage” THE NEW YORK TIMES

“My seven-year-old was howling with laughter and so was I.” THE DAILY MAIL