Deprecated: Methods with the same name as their class will not be constructors in a future version of PHP; AdPublisher has a deprecated constructor in /home/bedfordc/public_html/application/libraries/adpublisher.php on line 8
 Accrington Stanley Band plays the whole of Sgt Pepper | Picturedrome Northampton | Sat 18th November 2017
This website user cookies to improve service and provide tailored ads.By using this site, you agree to this use.See our Cookie Policy
Login
Register as Individual
Register as Business 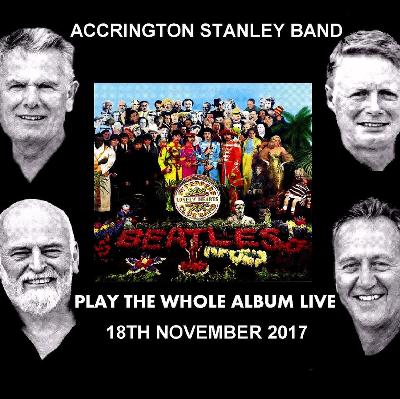 A fund raiser for Cynthia Spencer Hospice in Northampton. One of the country's top Beatles bands, not a lookalike tribute, just a band that have played the music of the Beatles for thirty eight years, starting before the word 'tribute' was being used at all.

You know the album is no longer than about 45 minutes, so in addition, you will be treated to an evening of Beatles music like no other, with songs from all the famous Fab Four albums.